One poem by Ram Gopal Ashutosh

I've my own heat
Sufficient to burn myself;
You keep your fire with you,
Please

Save your virtues
For yourself;
I'll die, counting my sins
In the death premise
Of my destiny, please

Look at the heat I have ! It's enough
To melt down
A volcano;
Stick to yourself
Your lava, please.

I'll keep on bearing the pressure
Of the floods of
Celebration
Of my own grave;
You please
Live with your love and laughter.

Look ! I've my own nature,
Colors,
I've my own measurement;
You please
Turn your appearance to yourself.

Posted by Misty Mountain Review at 2:30 AM No comments:

A poem by Likhat Pandey

They are esteemed lives,
Assailing Botha*ism, living
Inside Nelson Mandela*.
They are inside Yasser Arafat*, too, and are
Fighting persistently for the Palestinians.
They are formidably great leagues of light,
Keep them inside your eyes, and take them
To dark huts and houses— where
People are awaiting them— for light.
They are new seeds of creation,
Keep them in your pouches, intersperse them
In slopes new and barren— where
People are desperately awaiting them
For beautiful veridescence.

They are Sagarmathas* of self-esteem,
Keep them in the saga of bravery.
They are diyos* of freedom, light them
To burn the agonies of slavery.

____________________________
P. W. Botha — leader, prime minister (1978 - 1984) of South Africa; Botha was an outspoken opponent of majority rule and international communism; though his administration did make concessions towards political reform, there were widespread human rights abuses at the hands of the government. He was fined and given a suspended jail sentence for crimes against human rights

Nelson Mandela — a South African anti-apartheid revolutionary politician and philanthropist (July 18, 1918 – December 5, 2013); ideologically an African nationalist and socialist, Mandela was imprisoned for 27 years by the South African apartheid government. His crime was standing up against a government that was committing egregious human rights abuses against black South Africans. He was released from prison in 1990 and went on to lead the way for the abolition of apartheid in 1994. He was elected as South Africa's first black president that same year, after he received the Nobel Peace Prize in 1993. His most astounding accomplishment after suffering years of abuse was to create the Truth and Reconciliation Commission, which focused on healing the country's wounds from human rights abuses using truth-telling and forgiveness.

Yasser Arafat — chairman of the Palestine Liberation Organization from 1969 until his death (by poisoning) in 2004; some international communities see him as the architect of countless gruesome acts of violence, and view with disdain (in Western and even some Arab capitals) for alleged diplomatic duplicity, but among his own people he has been lionized as nothing less than the father of the Palestinian national movement, a symbol of his people's drive for independence.

Diyo — an oil lamp used in Nepal and India, usually made from clay, with a cotton wick dipped in ghee or vegetable oils. Clay diyos are often used temporarily as lighting for special occasions, while diyos made of brass are permanent fixtures in homes and temples.

When soil makes love
To water 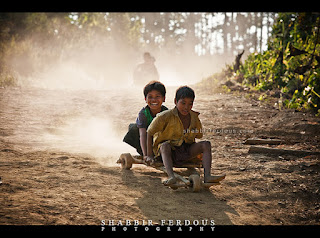 And becomes mud after impregnation,
Then— in the radiance of the sun—
Is born
'Dust'.

The dust accumulated
In the middle of books and scriptures
Remind me of my standing
Every time I cast my eyes on them.
Scribbled I had
My first 'A'
Also on a dhulaut*,
While playing on dusty roads, I had written
Even my name— on dust.
I don't have to condemn dust
To look neat and clean.

May they—
They who have got to 'Singha Durbar*' or 'Red Carpet'—
Not forget the particle of your existence.
Dear dust, you are the microcosm of soil— of earth.

Sudama — the most loyal and beloved friend (also, a true devotee) of lord Krishna

Dhulaut — A small wooden board used as a writing pad in the past; people would spread either soil-color or dust over it and then write.

Singha Durbar — a palace built in 1908, during the Rana regime, by Chandra Shumsher. Later, many buildings were added to it, and now it is a national property being used to house different ministries and other offices

Nirvana — In Hinduism and Buddhism, nirvana is taken as a state of enlightenment; a place of perfect peace and happiness, like heaven

Posted by Misty Mountain Review at 2:29 AM No comments:

A poem by BHISMA UPRETI 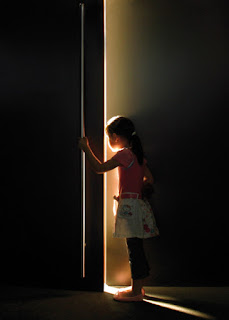 'What could be behind this door?'
I open every new door
With this curiosity in me.

I reach another turn
Ahead from the one I've left behind,
Walking a road to another road,
Crossing a bridge to another river, and
To another age, too, stepping on
The age I'm in.

No matter how much
One walks, one finds another road ahead
Another turn
Another river
And a new petal of life, every time
One walks, being a new door.

'What could be behind this door?'
Oh!
How I, only in this question,
Happen to meet myself,
Happen to see myself!

Nothing but my curiosity
Is my living.

Posted by Misty Mountain Review at 11:21 PM No comments:

A poem by ANIL NEMBANG

ADDRESSING THOSE WHO HAVE ACHIEVED HEIGHTS 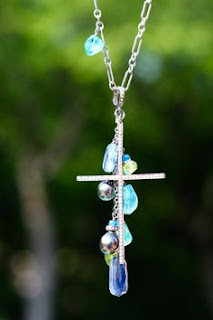 You talk about the sky
You talk about the moon
And stars
Oh man— you
Who have achieved heights!
Any idea?
The pearls and diamonds
That you have worn on your neck and fingers
To show off your heights
Are found in the depth—

In the depth of earth
And ocean.

A poem by Bishwa Sigdel

The continuation
Of hewing an idol on this rock 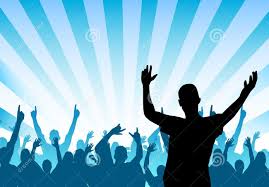 Was long in practice
When I was still a kid—
Theory of the evolution of organism,
Thousands of shankha-chakra*
On the hidden-like, stratous rock
Are still clear
In the densest jungle
Of my memory!

The first chisel on the rock
Was that of mother—
An image of the maternal uncle having arrived,
His image in ‘papa lyaye’*
In that ‘Tarabaji lailai’*—
It was a meaningful clap
Of the delicate hands.
How can mother’s ploys
Be cruel?
That was the first exposure to claps
In the tingling sensation on my palms.

The chisel was a bit blunt
In the second exposure,
A bit faster hammer
Sister taught me
to clap, to sing some
Bright songs of children,
In the welcome of the rising sun,
In which, like the leaves of the wind,
Continually flapped
Sister’s tongues, from which flowed
A powerful attraction
Like the jets of milk spurting out
From mother’s bosom.

And with time,
When the walls of mother’s womb
Turned into a wider world,
The two delicate palms
Got trapped
In between two cruel system boulders
That were crawling
In the quake of the claps. Then started
The journey of slavery, and was born
The blind era—
Fixing ears in the hands
From the classes of kindergarten!

Along with the alphabets,
Your policy tied up— onto our lips—
The tradition of applause— hard
Like cane; attractive
Like the tune of bhajan* and sangini*; cruel—
The clapping of two hands—
Like the khukuri* sanctified
By the holy spirit of Durga*— is ever ready
To applaud.

Oh! We did transfer
Our rights to the clapping
Of our hands— long before we knew it, in childhood—
Reluctantly, going against ourselves.
Our claps, which go applauding after crowds,
Which continually reverberate
In the Assembly House
In support of the government,
Which has become your weapon; and we
The unarmed!

Our claps, better than
The Hare Rama* of a puja,
The rhythms of the soles of feet
At dhan naach*,
And chutka* and chatak*,
Are going louder together
With malls and multiplexes
That are playing the damaru*
By climbing up the shoulders
Of consumers
And the thriving market— something …
Not in our hands
Are our claps!

Blind,
Claps are completely blind;
And here the market
Is snugly sitting
Taking poetry
As just rounds of clapping!

Tarabaji lailai— one of the lullabies sung in Nepali language

Durga—Goddess Durga in Hindu mythology/ religion is taken as the re-manifestation of the primordial power. She was the one who relieved the mankind and the gods vanquished by the demon Mahishasura by slaying him in a battle that went for ten days, which was very fierce.

Khukuri— the national weapon of Nepal (To mark the victory of Durga over the demon Mahishasura and to express the joy over it, people sacrifice goats and buffalos either using a khukuri or a sword on the 8th or 9th day of Dashain festival. And before they do so, the weapon has to be worshipped. There is this assumption that goddess Durga’s spirit comes and sanctifies the weapon for the sacrifice. Hence, the sanctified weapon should not be used for other purposes prior to making the sacrifice.)

Hare Rama— a way of praying to Rama, one of the avatars of Lord Vishnu

Dhan naach— a type of dance which is popular in Rai and Limbu communities in the eastern parts of Nepal. Mainly, this dance is performed, while working in the fields during the times of rice harvesting or in fairs and festivals, by holding one another’s hands. The song which is sung along with this dance is called pallam. Youth take these rare occasions as an opportunity to express their love to their beloved ones.

Damaru— The damaru is a small drum with two sides (heads) separated from each other by a thin neck-like structure. It is usually used in public magic shows in the streets to attract the attention of people. (In Hinduism, the Damaru is known as one of the instruments of Lord Shiva which symbolizes the two utterly dissimilar states of existence, hidden and manifest. When the damaru is vibrated, it produces dissimilar sounds which are fused together by resonance to create one sound. The sound thus produced symbolizes Nada, the cosmic sound of AUM, which can be heard during deep meditation. According to Hindu scriptures, Nada is the source of creation.)

BISHWA SIGDEL (August 15, 1980), a humble and burgeoning literary figure from Banepa, Nepal, writes poetry, songs, essays, stories, commentaries and criticism. He holds a master's degree in Nepali literature. He serves as a lecturer of Nepali, serving alongside as the editor of Akal Kusum, a quarterly literary magazine. A fervent fan of Marquez and Neruda, Sigdel believes that literature could change the world—into a finer one— if only people cared to read between the lines and implemented the message therein. He enjoys trekking, reading, watching historical and artistic movies, apart from savoring both native and foreign food.